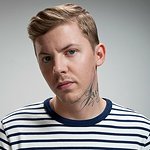 The Small Steps Project team has been swamped by stars falling over themselves to give up their shoes for their annual celebrity shoe auction – and they are thrilled to announce they now have over 100 pairs.

2013 is their best collection yet, with A-listers from both sides of the Atlantic eager to take small steps. It all kicked off at Glastonbury with rocking shoe donations from and The Rolling Stones, Professor Green, Kenny Rogers and Rita Ora.

The Small Steps Project’s mission is to deliver shoes, aid and medical care to children surviving on rubbish dumps all over the world.