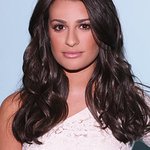 Little Black Dress Wines kicks off another year supporting two great charities – Dress for Success and Clothes Off Our Back – through its annual celebrity little black dress and autographed wine bottle auctions.

The auction will go live here.