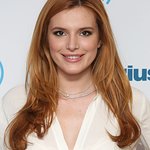 As October is National Bullying Prevention Awareness Month, STOMP Out Bullying – the signature program of Love Our Children USA – announces its annual bullying prevention activities to raise awareness to end the epidemic of bullying.

In order to raise funds for bullying and cyberbullying prevention, education and peer mentoring in our schools, STOMP Out Bullying is holding its Fourth Annual Celebrity STOMP Out Bullying Auction on CharityBuzz which just began and ends on October 12th.

It’s no surprise that celebrities are generous and they care deeply about putting an end to bullying. This year’s auction includes: A set visit to the award winning hit show Mad Men, two tickets to see world-renowned singer, songwriter and performer Elton John in “The Million Dollar Piano” in Las Vegas, tickets, VIP tickets and front-section passes to Katy Perry's Concert in Las Vegas, VIP tickets and a meet and greet to see Sugarland at the Mohegan Sun, VIP tickets to the Ellen Show with a high-end swag bag, tickets to the MTV 2012 Movie Awards, VIP tickets with Press Credential Passes to American Idol, a set visit to the ABC Family show Switched at Birth, a one-week internship with famed celebrity publicist and CEO of 42 West Leslee Dart, VIP Tickets to Dancing With the Stars, and a Meet and Greet for four with Buddy Valastro AKA the Cake Boss.

Celebrity experiences are still coming in as this annual auction is an important event to help raise funds for Love Our Children USA’s bullying prevention programs. The charity is very grateful to all of the celebrities who support this auction because they all know how very critical it is to end bullying and keep our youth safe, as well as to stop all those who are at-risk for suicide.

Since 2005, STOMP Out Bullying – a national anti-bullying and cyberbullying program for kids and teens – has focused on reducing and preventing bullying, cyberbullying, sexting and other digital abuse, educating against homophobia, racism and hatred, decreasing school absenteeism, and deterring violence in schools, online and in communities across the country. It teaches effective solutions on how to respond to all forms of bullying; as well as educating kids and teens in school and online, providing help for those in need and at risk of suicide, raising awareness and offers peer mentoring programs in schools.

The program offers kids and teens a safe haven. From information and resources, to a 24/7 HelpChat line for kids and teens who are bullied, cyberbullied and at-risk for suicide, to an online area where they can talk about bullying, get involved in social media efforts, sign a petition and a pledge for younger kids, become peer mentors at school, raise awareness and offer students their own way to end this epidemic with the Student Participation Toolkit and BLUE SHIRT DAY – WORLD DAY OF BULLYING PREVENTION, STOMP Out Bullying offers help and solutions.

In fact since its HelpChat Line began this past June, STOMP Out Bullying has helped over 1300 students and saved the lives of 32.

Ross Ellis, Founder and Chief Executive Officer of STOMP Out Bullying said: “Kids who are intimidated, threatened, or harmed by bullies and cyberbullies often experience low self-esteem and depression. Some kids are so tormented that suicide has become an alternative for them. It has everyone worried. Not just the kids on its receiving end, but the parents and others who may not understand how extreme bullying can get. Parents, teachers and school administrators must take caution and sensitivity in handling these issues.”

She also stated that “Bullying can be so painful and clearly has played a role in many recent suicides across the country. And cyberbullying is in full force with the use of social media sites like Facebook, Twitter, and other sites popular with kids and teens. This social online cruelty is used by individuals or groups intended to harm our youth. We cannot let one more youth take their life.”

Bullies and cyerbullies can have low self-esteem or even very high self-esteem, but they also usually come from homes of violence, anger and other maladies.
Bystanders are the kids and teens who witness the bullying and do nothing. The victims, the bullies and the bystanders must get help.

Ellis said “STOMP Out Bullying offers hope for every student who experiences the harmful effects of bullying and teaches parents to keep open communication with their children and to look for signs. It also educates school administrators across the country who have failed our youth and must commit to helping them.”

Bullying is a form of child abuse and bullies are very likely to grow up as adults who abuse children. By educating our children, we can stop the bullying BEFORE it ever starts.

Celebrities and the entertainment industry use their names and voices in various ways and play a big part in helping to keep youth safe across the country and to STOMP Out Bullying.