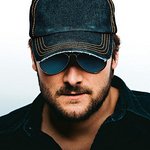 The GRAMMY Charity Black Friday Sale — a post-Thanksgiving closeout including all-new “buyitnow” bargains and slashed prices on amazing celebrity autographed memorabilia and VIP experiences — is perfect for the music lover in your life!

The auction launched on Black Friday, Nov. 25, and will continue until Dec. 5 at www.ebay.com/grammy. Presented in partnership with Kompolt, all proceeds raised through this special auction will benefit programs and services of MusiCares and the Grammy Foundation.

Proceeds from the GRAMMY Charity Black Friday Sale will provide essential support for MusiCares and the GRAMMY Foundation.

MusiCares ensures that music people have a place to turn in times of financial, medical and personal need by providing programs and services including emergency financial assistance, educational workshops, and flu shots, hearing tests and medical/dental screenings. The MusiCares MAP Fund(SM) allows access to addiction recovery treatment and sober living resources for members of the music community regardless of their financial circumstances, and Safe Harbor Rooms, weekly addiction support groups, and the MusiCares Sober Touring Network provide ongoing recovery support.

Under the banner of GRAMMY in the Schools, the GRAMMY Foundation produces a range of distinct education programs — across the country throughout the year — that serve high school students and their schools including GRAMMY Camp, GRAMMY Camp — Basic Training, GRAMMY Camp — Jazz Session, GRAMMY Camp — SoundCheck, and GRAMMY Signature Schools. The GRAMMY Foundation also offers preservation and advancement initiatives, fosters dialogue about compelling issues facing the music industry, supports projects that increase the understanding of music and its role in society, and raises public awareness about the urgent need to preserve our nation’s recorded sound legacy. These programs include the Entertainment Law Initiative, the Grant Program with funding generously provided by The Recording Academy®, the Living Histories program and the Music Preservation Project.