An international relief and development organization committed to saving the lives of malnourished children and families, providing sustainable access to safe water and long-term solutions to hunger.

For nearly three decades, Action Against Hunger has pursued its vision of a world without hunger by combating hunger in emergency situations of conflict, natural disaster, and chronic food insecurity.

As part of the Action Against Hunger International Network—with headquarters in London, Madrid, Montreal, New York, and Paris— 6,000 field staff work in over 40 countries to carry out innovative, lifesaving programs in nutrition, food security, water and sanitation, health, and advocacy. Their programs reach some 5 million people a year, restoring dignity, self-sufficiency, and independence to vulnerable populations around the world.

Action Against Hunger works in partnership with the ONE Campaign.

Action Against Hunger inaugurated World Food Day 2000 by launching the first annual Restaurants Against Hunger Campaign throughout the New York City area, with the Gala as a kick-off event to celebrate the week-long fundraising effort.

Action Against Hunger has received support from the following celebrities listed on this site:

Activity
Social reach
Google trends for "Action Against Hunger"
Available to Insiders only
Get Insider Access to these insights & more...

Action Against Hunger has worked with the following companies listed on this site: 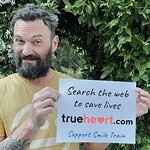 Change The World With Every Search At Trueheart Jun 28, 2021

The Trueheart social impact search engine, which launched globally last week and was created by the married dynamic duo Amy and Scott Malin, is poised to disrupt philanthropy. Users will change the world with every search. More → 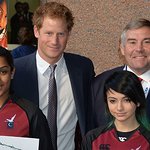 Prince Harry proved he is a natural when it comes to closing a trade when he brokered multi-million pound City deals to raise money for charity today. More →