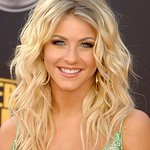 The American Red Cross is pleased to announce five new additions to its National Celebrity Cabinet, a group of celebrity supporters who promote Red Cross services by donating their time, helping neighbors prepare for emergencies, responding to disasters and lending a helping hand to those in need.

Peet has already made a personal commitment to support the Red Cross Measles Initiative. “As a mom, I feel privileged to support the American Red Cross in their efforts to vaccinate millions of children around the world through the Measles Initiative, a partnership committed to reducing measles deaths globally. I commend the American Red Cross for tackling this global health problem in developing countries, where measles remains a leading cause of death, despite the availability of a safe, effective and inexpensive vaccine. I am passionate about this cause and look forward partnering with the American Red Cross to ensure children worldwide have this life-saving opportunity.”

“The American Red Cross runs on the valuable service of volunteers to fulfill our mission, and we are grateful that these celebrities are setting an example by volunteering their time and talents to help raise awareness of our work in responding to disasters, providing blood, helping military members and their families and promoting preparedness through first aid or CPR classes,” states Gail McGovern, President and CEO of American Red Cross.

The announcement of these celebrity supporters closely follows First Lady Michelle Obama's official launch of the United We Serve initiative, a call for nationwide service to begin a sustained, collaborative and focused effort to meet community needs. The initiative spans throughout the summer and will culminate with a National Day of Service and Remembrance on September 11. During this time, the Red Cross will promote volunteer opportunities throughout its network of more than 700 chapters to help encourage community service.

“I am honored to be a part of the American Red Cross Celebrity Cabinet and help support an organization that offers neutral humanitarian care to the victims of war and aid to victims of devastating natural disasters. Being part of this amazing organization will provide me with an opportunity to join its efforts to help others and encourage the American public to become involved with their local Red Cross and make a difference,” said Julianne Hough.

The Red Cross benefits from the involvement of public figures and celebrities dating back to World War I. Over the years, actors, artists, and sports figures committing their time and talents to the organization have played an important role in raising public awareness of Red Cross services nationwide.

The Red Cross is honored to have Sherry Lansing, former chairman and CEO, Motion Picture Group, Paramount Pictures and former member of the Red Cross Board of Governors, to serve as National Celebrity Cabinet Chair.