Artists Come Out To Shake the Blues 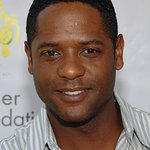 The charity Artists for a New South Africa (ANSA) held its annual concert and auctions on Thursday November, 15, 2007 at the Wiltern Theatre in Los Angeles. The “Shaking the Blues” benefit supports ANSA’s work fighting HIV/AIDS in the U.S. and Africa, with a portion of the proceeds going to the Treatment Action Campaign, a grassroots organization at the forefront of South Africa’s fight against AIDS.

Not only was a baseball signed by Hall of Famer Dave Winfield on hand at the silent auction, but Dave and his wife Tonya attended the event. Close friends with Samuel and Latonya Jackson, the Winfields hope to personally visit South Africa soon.

The musical line-up featured stirring performances by The Roots and friends, Erykah Badu with Edith Funker, Nikka Costa, Doyle Bramhall II, Keb Mo, and Taj Mahal. The Roots roused the crowd with a rendition of Bob Dylan's Masters of War, and the audience rose for Erykah Badu's performance of her classic On and On.

In keeping with many other recent celebrity events, acknowledgement was given to the writers’ strike; James Pickens Jr spoke of supporting the writers before he introduced the grand finale performance by Taj Mahal.

Movie and K-ville star Anthony Anderson served as auctioneer for the live auction. As Blair Underwood battled for a diamond earring lot, Anderson comically referred to him only as “the man with the orange leather jacket on”. Underwood’s counter-bidder upped the ante, requesting a date with her opponent be included along with the earrings, which she won at $9,000. Not only did Underwood accept, but he promised it would be a dinner at the world-famous restaurant Spagos.

To encourage higher bids on a private lunch with Archbishop Desmond Tutu, Anderson jokingly suggested that the winner could take a picture with Tutu and put it on Myspace.com to be the envy of their friends. The lunch went for $15,500.

Los Angeles-based non-profit organization ANSA was originally founded in 1989 by noted members of the entertainment community, with an initial goal of supporting the struggle against apartheid. Over time, the organization’s focus has shifted to the fight against the African AIDS pandemic, advancing democracy, and equality in South Africa.

The effort to raise money is not over. If you want help the cause their are several items available at the online auction. To bid on the online items: www.charityfolks.com/ansa.