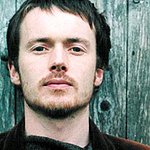 The next few days will be busy for Hollywood’s elite, as they practice their speeches and iron their gowns in anticipation of the 80th Academy Awards to be held on Sunday, February 24. As always, part of the pizzazz of the event is the glamorous parties in the days leading up to the big night. And although many of these soirees give the rich and famous a chance to be seen in the right places, a few are designed to raise awareness and funds for causes other than fame.

Wednesday, February 20, will see the Fifth Annual Global Green Pre-Oscar Party hit Hollywood between the eyes, with an event formulated to promote “smart solutions to global warming”. The party, to be held at the Avalon in Hollywood, will feature performances by Damien Rice and Michelle Branch, as well as Glen Hansard and Marketa Irglova, the stars of Oscar-nominated musical, Once.

A huge selection of stars are expected to attend the event, including Salma Hayek, Alicia Silverstone, Val Kilmer, Adrian Grenier, Dana Delany, and Josie Maran. There is also a strong possibility that committee members Orlando Bloom and Leonardo DiCaprio may also attend.

Tickets to the party, available from the Global Green website, cost $250 for general admission and $5,000 for “green carpet” access and entry to the Patron Lounge, with all proceeds going to Global Green’s climate initiatives and their efforts to rebuild a green New Orleans.

Another big event in the next few days is the 16th Annual Elton John AIDS Foundation Oscar Party, to be held at the Pacific Design Center, West Hollywood, on February 24.

The Elton John AIDS Foundation gala is the most highly visible and successful fundraising event in Hollywood on Oscar night, and over the past 15 years has generated over $15 Million for the fight against HIV/AIDS.

“This event is our most important fundraiser of the year,” the Foundation stated in a media statement. “Last year, we raised over $4.3 million, and we expect to exceed that record this year.”

The evening will begin at 4pm, with a special cocktail reception, followed by a formal dinner and a live screening of the Academy Awards. An auction, featuring items such as a vintage Corvette from Sharon Stone's collection, will also be held, and Sir Elton will perform for guests such as Victoria and David Beckham, Ellen DeGeneres, Sharon and Ozzy Osbourne, and Elizabeth Taylor.

“With the loyal support of the Hollywood community, the Elton John AIDS Foundation Academy Awards Viewing Party has raised significant attention and funds for the fight against HIV/AIDS over the past 15 years,” said Foundation Director Scott Campbell. “This year we hope to set the bar even higher and let the world know that we are as committed as ever to fighting this devastating disease.”

Absentee bids and more information on the event can be found at the Elton John AIDS Foundation website.