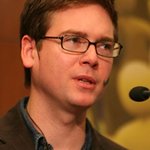 This year, Farm Sanctuary, the organization responsible for bringing farm animal issues into the mainstream consciousness celebrates its 25th anniversary.

As the nation’s leading farm animal protection organization, Farm Sanctuary urged passage of the first U.S. laws to protect animals on farms, initiated the first cruelty convictions at stockyards and slaughterhouses, and established the first and largest rescue and refuge network for farm animals in North America. Along the way, the organization has encouraged the public to embrace compassionate living through public campaigns, like getting the first veggie burger on Burger King menus and welcoming visitors to its sanctuaries, where thousands of people have had transformational experiences — including Twitter Co-Founder Biz Stone, who became a vegan after a visit to the New York Shelter.

Co-founded in 1986 by beloved animal protection icon Gene Baur, and funded initially by sales of veggie hot dogs from a VW van at Grateful Dead concerts, the once fledgling, all volunteer organization has grown to become the nation’s leading farm animal protection organization, with more than 230,000 members and supporters. Farm Sanctuary was recently described by best-selling author Jonathan Safran Foer in his book Eating Animals as “one of the most important animal protection, education, and lobbying organizations in America.”

Farm Sanctuary has celebrated landmark legal victories with the passage of laws protecting farm animals in Arizona, California, Florida, Maine, Michigan, and Oregon, as well as a USDA regulation to protect downed cattle from entering the human food supply, approved by President Obama. This year, Farm Sanctuary is working on legislation to protect farm animals in Massachusetts, as well as a ballot initiative in Washington State that would end the use of battery cages for egg-laying hens. The organization is also seeking to extend the federal downed cattle policy to include pigs, sheep and goats.

“Farm Sanctuary began with the simple belief that farm animals, like all living, feeling beings, deserve to be treated with kindness and respect,” says Baur, who grew up in Hollywood acting in commercials for fast-food chains like McDonald’s and KFC. “When I began visiting farms, stockyards and slaughterhouses in the 1980s, I was shocked by the horrific conditions I found and the routine cruelties that were considered ‘normal.’ Animals are treated like inanimate commodities, raised by the billons and denied basic humane consideration. Sick animals, or those otherwise deemed to have no economic value have been callously discarded and left to die in trash cans or on piles of dead animals. Unaware of the abuses of factory farming, most citizens have unwittingly supported this inhumane system, but with growing awareness, change is in the air. I am encouraged to see growing mainstream opposition to the inhumane treatment of animals raised for food and the increasing support for reforming our abusive and wasteful factory farming system.”

Baur’s book chronicling the organization’s more than two decades of work protecting animals from the abuses of the food animal industry, entitled Farm Sanctuary: Changing Hearts and Minds About Animals and Food, was published by Touchstone in March 2008 and has appeared on the Los Angeles Times and Boston Globe best seller lists. Robert F. Kennedy, Jr. praised the book for being “a compelling testament to the need to civilize this industry and end its radical practices for producing meat, dairy, and eggs.”

In Defense of Animals' respected annual list of the 10 Worst Zoos for Elephants in North America has exposed suffering caused by extreme lack of space, even at zoos which have expanded or updated their exhibits. More →