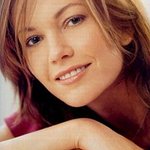 Heifer International will host “Beyond Hunger: A Place at the Table,” on September 21, 2012 at the Montage Beverly Hills Hotel in Los Angeles.

The event will be co-hosted by Diane Lane, Nina Jacobson, Jane Fonda, Sheryl Crow, Bonnie Raitt and Tracey Ullman. Mary Steenburgen and Ted Danson will be honored for their support of and commitment to Heifer International’s goals.

Proceeds from the evening will directly benefit Heifer’s mission to end hunger and poverty and protect the Earth. Following dinner, there will be a performance by two-time Grammy winning singer-songwriter Colbie Caillat and a live auction.

“‘Beyond Hunger: A Place at the Table,’ is Heifer International’s pledge to the future—to help celebrate the successes of women who have joined in the journey to help countless other women achieve their dreams of hope, happiness, opportunity and prosperity,” said Pierre Ferrari, president and CEO of Heifer International. “As the theme of the evening suggests, it begins with food security, income and assets, but the destination is equality, access, and most of all, full participation.”

Heifer International works with smallholder farmers in more than 40 countries, providing gifts of livestock and training to empower self-reliance and ensure nutritional and economic security. Since 1944 Heifer International has helped more than 15.5 million families—79 million people—move from poverty to prosperity. Heifer project participant families are trained in eco-friendly agriculture and how to properly care for their livestock and living assets, to improve not only their lives, but their communities as well.

In turn, Heifer families agree to Pass on the Gift, to pass on the first-born female offspring of their animal, along with training, to another family, multiplying the gift. With that, the gift of a single goat can soon become four goats, then eight goats, then 16 goats, helping even more families struggling daily to escape hunger and poverty.

“Thank you to Heifer International for providing so many with a means and time-proven example of sustenance and dignity, by ending hunger and onwards to a more equitable abundance of opportunity,” said this year’s Beyond Hunger co-host Diane Lane.

“Ted and Mary have been friends of Heifer International for a long time,” said Ferrari. “Their personal and professional association has helped us in more ways that we couldn’t begin to count. We owe them a great deal and this event, along with celebrating the power and promise of women, is an appropriate way to say thank you to them for all they do.”

For Heifer International, women are the backbone of agriculture, and the key driver of food production. Worldwide, women farmers outnumber male farmers by a few percentage points. However in developing regions, the figure is much higher. In Sub-Saharan Africa and South Asia, 60 to 70 percent of farmers are women.

Although these women own less than 1 percent of the Earth’s land, they produce a staggering 80 percent of the developing world’s food. Given help, tools and training to enhance food production and the chance to build assets and income, these women will help feed the world.

As thousands of Afghan evacuees continue to seek safety in the U.S., Save the Children Trustee and actress Jennifer Garner visited Save the Children’s programs helping support the immediate needs of newly-arrived Afghan children and families at, and just outside of, Dulles International Airport, which serves the Washington, D.C. metro area. More →
More news →