Multiple Grammy Award-winning producer/artist Kanye West has already established himself as one of the premier artists in the recording industry, but put away the microphone, bling and neon, and you’ll find a crusader against poverty, hunger and poor education.

In 2005, West and his late mother, Dr. Donda West, co-founded the Dr. Donda West Foundation with the goal of reducing the number of kids who drop out of school. The Foundation’s first initiative, Loop Dreams, challenged at-risk students to learn how to write and produce music while simultaneously improving their academic skills.

“During my high school years, it’s the music that I really felt saved me,” said West, “It kept me out of the streets, it kept me from getting into trouble, it gave me something to do when I got kicked off the basketball team. You just get lost in the music. That’s what I did.”

Through donations, concert proceeds, and his foundation, West has been a vocal and outspoken supporter of broader education issues, and of organizations such as Doctors Without Borders, Human Rights Watch and Oxfam America.

Kanye created a lunchbox for an auction benefiting The Lunchbox Fund and the Food Bank For New York City.

Kanye West has supported the following charities listed on this site:

Google trends for "Kanye West"
Available to Insiders only
Get Insider Access to these insights & more...

You can contact Kanye West using details from this service. (Or read our advice on how to contact celebrities) 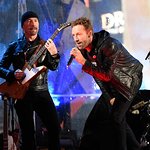 As the world reaches a tipping point in the AIDS fight, (RED) and its iconic partners Apple, Bank of America, The Coca-Cola Company and Starbucks marked World AIDS Day 2014 by rallying millions of people around the AIDS fight, and raising money for The Global Fund to fight AIDS, TB and Malaria. More →

We don't have any videos related to Kanye West.