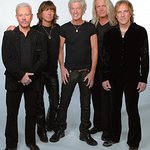 The band played a charity concert for Bear Necessities Pediatric Cancer Foundation, and donated signed guitar to raise funds for the organization.

Formed in 1967, signed in 1971 and fronted by iconic vocalist Kevin Cronin since 1972, REO Speedwagon has – for decades – been a confounding blend of consistency and change.

They rode in station wagons, going from tiny gigs to even tinier gigs, just to get the REO name out in the early days. Later they rode the top of the charts with a RIAA certified 22 million albums sold in the U.S. and 40 million around the globe, with a string of gold and platinum records and international hit singles. The 9-times certified Hi Infidelity remains a high-water mark for rock bands.

Make all the “Ridin’ The Storm Out” or “Roll With The Changes” cracks you want, but that’s exactly what the band has done. REO Speedwagon has that Midwest work ethic.

The band has gone onstage and in the studio and done the work, year after year – dozens of albums, hundreds (or thousands?) of concerts, infinite radio spins. The eyes have always been on the future and on the road – not a year has gone by where REO Speedwagon didn’t perform live, thrilling fans with hits like “Keep On Loving You” and “Can’t Fight This Feeling.”

By the early ‘70s the band’s unrelenting drive, non-stop touring and recording jump-started the burgeoning rock movement in the Midwest. It carved a path eventually followed by STYX, Kansas, Cheap Trick and more. Platinum albums and freeform FM radio staples such as “Ridin’ The Storm Out” followed, setting the stage for 1980’s explosive Hi Infidelity.

The band’s younger fans might not realize the sheer impact Hi Infidelity had on music and the culture of rock ‘n’ roll. Its 9 million in sales was fueled by huge hit singles in “Keep On Loving You” and “Take It On the Run.” High Infidelity spent months in the #1 slot, a feat simply unattainable in music today. The strong run continued with hits like “Can’t Fight This Feeling” up through the new “Can’t Stop Rockin’.”

When the talk turns to benefit concerts the names that come to mind are George Harrison, U2 and Bob Geldof. REO has quietly done its share, sans self-serving promotional tours, from appearing at the Live Aid concert in 1985, to a benefit for port authority workers after 9/11 and recent MusiCares shows, along with a “Ridin’ The Storm Out” benefit concert that raised more than a half-million dollars for Iowa flood relief in 2008.

Today it’s all about what it has always been – taking good care of the band’s legacy while keeping the focus on the future. That may be even more important these days, Cronin believes.

REO SPEEDWAGON and STYX organized Rock To The Rescue Extends A Hand To Those In Need, a benefit concert to raise funds for central Illinois communities that were affected by the recent devastating tornadoes. This concert raised in excess of $400,000 and REO Speedwagon continues to raise funds for Rock To The Rescue at headlining shows in the Midwest.

REO Speedwagon has supported the following charities listed on this site:

Google trends for "REO Speedwagon"
Available to Insiders only
Get Insider Access to these insights & more...

You can contact REO Speedwagon using details from this service. (Or read our advice on how to contact celebrities) 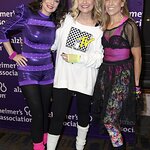 The artist lineup for the third annual ’80s “Dance Party to End Alz” benefiting the Alzheimer's Association has been announced. More →
More news about REO Speedwagon →

We don't have any videos related to REO Speedwagon.