Vanessa Redgrave To Be Honored At amfAR New York Gala 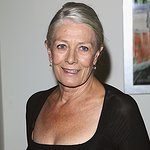 amfAR, The Foundation for AIDS Research will hold its annual New York Gala on Wednesday, February 5, 2014.

The Foundation will honor revered actresses and producers Vanessa Redgrave and Joely Richardson, and photographer Peter Lindbergh, for their exceptional contributions to the global struggle against HIV/AIDS.

The black-tie benefit will be held at Cipriani Wall Street, and will feature a special performance by Nile Rodgers and Chic. Bulgari and Wells Fargo will generously serve as the event’s presenting sponsors. Wells Fargo has long been a strong and loyal supporter of amfAR and many other AIDS related charities. Bulgari began its relationship with amfAR as one of the Foundation’s earliest corporate sponsors, pledging its support in honor of amfAR co-founder Dame Elizabeth Taylor for her passionate and tireless work in the fight against AIDS.

Vanessa Redgrave and Joely Richardson, mother and sister of the late Natasha Richardson, who was a much loved amfAR Trustee, have carried on Natasha’s legacy in the fight against AIDS with their steadfast support of amfAR. Celebrated photographer Peter Lindbergh has made many generous contributions to amfAR through the years, and has been one of the leaders of the fashion community’s brave response to the AIDS crisis.

The event’s signature sponsors include M•A•C Viva Glam, Mercedes-Benz, and Mandarin Oriental, New York. The New York Gala, now in its 16th year, will kick off Fashion Week with a black-tie gala dinner, live auction, honoree tributes, and a performance by disco legends Nile Rodgers and Chic, who will also be seen performing with Daft Punk at the Grammys later this month.

Youth To The Front Fund Frontliners 2020