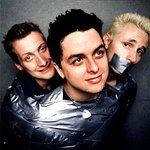 Habitat For Humanity of Greater Los Angeles has launched an online auction at Clothes Off Our Back featuring hardhats signed by celebrity volunteers and supporters of Hollywood for Habitat for Humanity.

The hardhats are signed and decorated by music, television and film stars including: Green Day, Ricky Martin, Linkin Park, U2, Justin Timberlake, The Jonas Brothers, Carrie Underwood, Stevie Wonder and many more. The auction will run through March 6 with 100% of the proceeds helping to build more affordable homes in Greater Los Angeles.

“Through our non-profit organization, Music for Relief, and our ongoing partnership with Habitat for Humanity we have had the opportunity to not only sponsor homes, but also to go and build the houses ourselves, and to meet the families that were moving into them," said Dave “Phoenix” Farrell of Linkin Park. “We hope this hardhat auction will raise awareness for Habitat’s mission and help raise funds for families in need.”

In 2007 Habitat for Humanity kicked off its “Building a Greater Los Angeles” campaign to build and renovate 250 more homes. In conjunction with the “Building a Greater Los Angeles” Gala held last fall, Hollywood for Habitat for Humanity held a successful online auction with VIP experiences and signed memorabilia donated by celebrity supporters, which raised over $75,000. Following the success of the first online auction, Hollywood for Habitat for Humanity began outreach to high profile supporters, as well as new supporters, who wanted to support Habitat’s mission which resulted in more than 70 signed hardhats. California Governor Arnold Schwarzenegger and First Lady Maria Shriver were among those who autographed hardhats to help kick off this auction.

“I have had the chance to personally give the keys to several families moving into homes sponsored by the Ricky Martin Foundation in partnership with Habitat for Humanity, an organization I’ve been involved with for many years. I’ve been fortunate enough to see with my own eyes the difference a home makes in the life of a child,” said Ricky Martin. “Now, by simply bidding on an item in an auction, you have the chance to change lives and build hope.”

“Los Angeles continues to rank last in housing affordability and this kind of support helps us raise awareness, as well as much needed funding, to help low income families live in safe, decent homes,” said Erin Rank, president/CEO Habitat for Humanity of Greater L.A. “These hardhats are very special as most were signed the day of an actual build and we are thrilled to receive these fun and generous donations.”