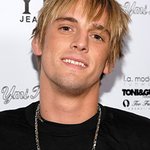 Look To The Stars’ Delinda Lombado recently got the chance to talk to the CEO of Hollywood Knights International, whose celebrity basketball team is a leader in charity fundraising.

Back in 1973, David Mirisch was way ahead of the curve. As founder of Hollywood Knights International, he is credited with being the first (or at least most important) person to pair celebrities with fundraising, producing some of the first consecutive tennis and golf charity tournaments in Hollywood.

Now headed by David’s son Michael (who took the reins as CEO in 1992), Hollywood Knights International are still going strong and its Celebrity Basketball Team has become a symbol for fundraising world-wide.

From March 16-22, the full-service celebrity events production and promotional firm will be making our troops happy during their annual USO Hawaii Tour.

Hollywood Knights International’s CEO, Michael Mirisch, along with HKI’s Director of Marketing/PR, Vicky Mirisch, were kind enough to speak to us about their USO Tour and what drives them to produce some remarkable events.

First of all, tell us more about the USO Tour?

“Our second USO tour takes place in Hawaii and consists of basketball games of celebrity players versus our US troops and will be held on Army, Air Force, and Marines bases. The games are high energy, fun antics, lots of fan interaction on the court, and of course some healthy competition between the players. There will also be autograph signings during halftime and lots of pictures taken with fans and celebrities,” explained Vicky.

I know most of your events are open to the public, is this also the case with the USO Tour?

“Unfortunately, the games are not open to the public; only military personnel and their families.”

What is the most rewarding aspect of being part of this organization?

“That’s an easy question. Raising money to help people all over the world through events that incorporate celebrities, fun, and giving back to the community. There is a feeling of incredible satisfaction after every event we produce because we know at the end of the day countless lives are going to change for the better. There is that quote from Emerson that states: “to know that even one life has breathed easier because you have lived, that is to have succeeded.” This quote hangs in our office and we read it every single day. It really sums it all up for us."

Have you seen an increase in awareness about ‘charity’ from the celebrities involved?

“The majority of the celebrities with whom we work are charitable people in general, and want to give back to the community. It’s not something you can fake,” said Michael. “Most of our events are not paid personal appearances where the stars receive a fee, so when you see a celebrity at a Hollywood Knights event, they are lending their name to the cause itself. We are so grateful to the countless celebrities that have year after year taken the time out of their busy schedules to support our events and the charities that are involved.”

Is there any celebrity in particular that has gone above-and-beyond to lend their name and time to the Hollywood Knights International?

“The truth is, it’s impossible to just name one celebrity,” Vicky told us. "But there are several people who, over the years, have contributed so much to our programs: Josh Henderson and Wesley Jonathan, The Miz, Adrian R’Mante, Brutha, Bryan Datillo, Thad Luckingbill.

Michael: What was it like to take over as CEO? Growing up with such an incredible role model (David of course) must have been an amazing experience?

“My father is an icon and pioneer in the celebrity fundraising business. He pretty much invented this genre and at 73, he’s still producing events. He is an incredible role model and it’s been a blessing and my good fortune to have him as a father first and foremost, and also a business mentor. He continues to inspire me every single day. I became CEO when I officially took the basketball team under my wing and infused it with young talent that packed the gyms out with screaming fans.”

What was the public reaction like when HKI first started producing events? Was it embraced by Hollywood?

“It was a new concept, but it was definitely embraced. The fact that we’re still here and thriving is a testament to that!”

What was the driving force behind David establishing HKI? It seems that no one else was doing this in the 70’s, so what ignited the spark?

“Back in the early 1970’s, David was a very successful publicist with clients such as Merv Griffin, Omar Sharif, Johnny Mathis, Pat Boone, Lindsay Wagner, Raquel Welch, The Supremes and Perry Como. He was representing Tony Trabert, the tennis champion and also representing Murietta Hot Springs in Palm Springs. He decided to put the two together and create a celebrity tennis tournament. A few other events were added and the outcome was a successful event that he really enjoyed producing – and the public enjoyed attending. He realized that this was a niche business that he could launch and he’s been doing it ever since!"

If HKI could eradicate one ‘thing’ (hunger, poverty, cancer, homelessness) from the face of the Earth, what would it be?

“Delinda, great question but tough to answer! But HKI seems to gravitate towards causes that help children in need. So many kids are suffering in the world. We also find that celebrities gravitate and involve themselves more when they can lend their names to children’s causes as well. "

In your opinion, do celebrities make better golfers, ballers or soccer players?

“There are so many amazing celebrity golfers, then basketball players, then poker players. The other sports are more for show and fun than skill!”

“Basketball player is a tie between Cylk Cozart and Nana Gbewonyo. Golfer is hands down Jack Wagner."

Craziest stunt one of your ‘celebrities’ has pulled in efforts to raise awareness?

“Wolf from American Gladiators actually climbed up the basketball backboards and caught the balls as they were going in the baskets and slammed dunked them in! At first we were all worried if the backboards would collapse; Wolf is a built like a body builder. But the fans went crazy and it was just the funniest thing to watch. "

Any thoughts, ideas or quotes regarding what we all can do in terms of making this world a better place?

“Try to live your life without being selfish. Focus on the positive, because there’s no benefit to focusing on the negative. Smile at people and show kindness, even if you have to fake it, over time it will feel natural. Most importantly, learn to love yourself first, faults and all, so that you can honestly and sincerely show love to everyone that matters to you.”

LTTS and Delinda would like to thank Vicky, Michael and David Mirisch for their time and dedication to helping the less fortunate and keeping all of us entertained while doing so.

For more info and a list of all events, please visit:
HOLLYWOOD KNIGHTS INTERNATIONAL