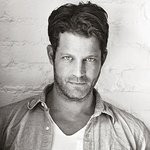 Five celebrities join the American Red Cross National Celebrity Cabinet, a group of celebrity supporters who promote Red Cross services by donating their time, helping neighbors prepare for emergencies, responding to disasters and lending a helping hand to those in need – down the street, across the country and around the world.

“The American Red Cross runs on the valuable service of volunteers to fulfill our mission and we are grateful that these celebrities are setting an example by volunteering their time and talents to help raise awareness of our mission in responding to disasters, providing blood, helping military members and their families and promoting preparedness through first aid or CPR classes,” stated American Red Cross President and CEO Gail McGovern.

The new Celebrity Cabinet members have already made personal contributions and have supported the Red Cross mission.

Rucker helped raise more than $1.7 million during a fundraising telethon for the 2010 Nashville floods, a portion of which was directed towards Red Cross relief efforts. Chenoweth, a native of Oklahoma, taped multiple public service announcements for the Red Cross on the importance of blood donations as well as hurricane preparedness. Martinez competed in Univision’s debut of Mira Quien Baila and Univision’s show El Gran Show and selected Red Cross as his charity of choice. Smith used his star power to gather A-list Country artists to record “Come Together Now,” donating a portion of the proceeds to benefit Red Cross disaster relief efforts in Haiti. Berkus, a survivor of the 2004 tsunami in Sri Lanka was inspired by Red Cross response and has since encouraged his fans and viewers to donate and support Red Cross efforts toward the relief response to the Japan earthquake.

“After surviving the 2004 tsunami in Southeast Asia, I found myself without food, water, shelter – the most basic needs required to survive. Suddenly my livelihood hinged on the one hope shared by all survivors, ‘please let help be on the way.’ For me, that help came in the form of the Red Cross. When I saw their volunteers, I knew it meant safety, clean water, a meal; not just for me, but for thousands of other survivors too. The work they do is invaluable. They save lives. They re-instill hope. And, I’m honored to join them in their mission to do both,” said Berkus.

“The American Red Cross is such a great organization and I’m proud to join their lifesaving mission to provide hope to those who need it most,” said Chenoweth.

“I am honored and humbled to be part of such a great organization that is always there to help without barriers. As a member of the National Celebrity Cabinet, you can always count on me to get the job done,” said Martinez.

“Whether it is a call to action for blood drives, disaster relief, or just community outreach, the American Red Cross does an extraordinary job at not only meeting the immediate needs of a community, but also the preparation and planning for long-term support,” said Rucker. “I am honored that they would include me in the cabinet as a member and contributor.”

“I’m so honored to serve a role with the American Red Cross. It is an organization I have supported, recommended and trusted for so many years. I’m proud to lend my name and support and look forward to being actively involved in the incredible work they do for those in such great need,” said Smith.

“During National Volunteer Week, we celebrate the profound impact of volunteers and encourage all Americans to discover their own power to make a difference. Every one of us has a role to play in making our communities and our country stronger,” remarked President Barack Obama in the 2011 proclamation.

The work of the American Red Cross with public figures and celebrities dates back to World War I. Over the years, actors, artist and sports figures who have committed their time and talents to the organization have played an important role in raising awareness of the Red Cross mission.

Last week, Josh Duhamel and Betty White were among celebrities honored by the Red Cross for their charity work. Read an exclusive report of the event here.