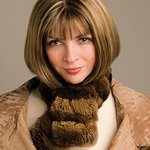 In response to the devastating aftermath of Hurricane Sandy, the Council of Fashion Designers of America (CFDA) and Vogue have partnered with luxury charity auction site Charitybuzz.com to launch FASHION FOR SANDY RELIEF, an online auction as a collective industry fundraiser to benefit those affected by the storm.

Through an outpouring of support from the fashion community and friends including celebrities, designers, athletes and business icons, the CFDA and Vogue have secured nearly 150 once-in-a-lifetime experiences for the auction block just one week after launching on November 13.

Dozens of new experiences will be added daily at www.Charitybuzz.com/FashionforSandyRelief through December 5.

“Sandy has hit us hard here at home,” said CFDA President Diane von Furstenberg. “It is devastating to see so many friends and neighbors affected. As we did for Haiti and Japan, our industry has come together to raise funds with Fashion for Sandy Relief.”

All proceeds from the auction will benefit the Mayor’s Fund to Advance New York City and other relief organizations in the tri-state area. Bidding is open internationally to supporters around the globe over 18 years of age.

Entertainment and influencer auction highlights include:

• Play a round of golf with Mayor Michael Bloomberg
• Have Vanity Fair’s Graydon Carter as your waiter for dinner at the Beatrice Inn
• Join Kristen Wiig and Bill Hader on the set of their upcoming film Skeleton Twins as a featured extra with a walk-on role
• Visit the set of HBO’s Girls and meet the cast
• Have lunch with Allison Williams, star of HBO’s Girls, at ABC Kitchen, plus three nights at the Thompson Hotel and a Sephora makeover
• Meet Baz Luhrman and Catherine Martin at the premiere of The Great Gatsby with two VIP tickets plus two tickets to the after party
• Meet Jerry Seinfeld at a NYC comedy club, where you will hang out with him backstage before he performs
• Attend the film premiere and after party for Les Misérables in NYC on December 10
• Take home a Mick Jagger signed guitar or score 2 front row tickets to see The Rolling Stones at the Barclays Center
• Meet Anjelica Huston on the NYC set of NBC’s SMASH
• Meet Steven Tyler and Joe Perry with VIP ticket to see Aerosmith at the MGM Grand in Las Vegas
• Meet Celine Dion with 2 front row tickets to her show in Las Vegas

• Attend a fashion show with Anna Wintour and the Vogue editors, tour the Vogue offices, have lunch in the Condé Nast cafeteria and take home a Vogue goodie bag
• A week long stay at Tommy Hilfiger’s Palm Beach estate on the island of Mustique
• Enjoy lunch with Diane von Furstenberg plus a private tour of the DVF Headquarters
• Meet Michael Kors backstage at his February Fashion Show, including a $10,000 shopping spree
• Meet Victoria Beckham backstage at her February New York Fashion Week Show
• A 4-night fantasy vacation at Donna Karan’s Estate on the Private island of Parrot Cay in the Turks and Caicos
• Enjoy a modeling lesson with Coco Rocha in NYC
• Meet Vera Wang backstage at her 2013 February Ready to Wear Show
• A one week internship at DKNY in the PR department with DKNY PR Girl @DKNY
• Makeup lessons from beauty guru Bobbi Brown
• A fabulous Ralph Lauren experience in Paris with hotel and round-trip airfare
• Get styled by Charlotte Ronson with 2 front row tickets to her runway show and after party
• Meet Heidi Klum at the upcoming Project Runway finale show on February 8 in New York
• Join Brian Atwood for a personal shopping experience at his Madison Avenue boutique
• Lunch with Rachel Zoe and Rodger Berman at the Polo Lounge in Beverly Hills
• Join Christian Louboutin for lunch plus receive a signed pair of men’s or women’s Louboutin shoes
• Have lunch with Tory Burch in New York plus enjoy a Tory Burch Boutique shopping spree with a personal shopper

• Meet Roger Federer with two tickets to the US Open plus take home a signed racquet
• Meet Joe Girardi at Yankee Stadium with Legends seats to the Yankees vs. Orioles game
• Meet Maria Sharapova at her all access pre-US Open Nike Event plus two tickets to the US Open and a signed tennis racquet
• Have lunch with Tyson Chandler at the Knicks Practice Facility in Tarrytown, NY
• Take home a signed Carmelo Anthony jersey and Jordan sneakers
• Meet Jeff Gordon at the Daytona 500 with accommodations included
• And much more!

Charitybuzz.com raises funds for nonprofits around the globe through exclusive online charity auctions with the world’s most recognizable celebrities and luxury brands.