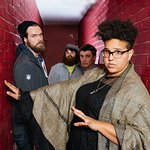 The sold-out gala will take place Feb. 8, 2013, two days prior to the 55th Annual GRAMMY Awards. Additional performers will be announced shortly.

Hosted by Jon Stewart, attendees will include Neil Portnow, President/CEO of The Recording Academy and MusiCares; Scott Pascucci, MusiCares Foundation Board Chair; and Paul Caine, MusiCares Board Chair Emeritus. In addition, a host of celebrities, along with prominent music industry and entertainment executives, are scheduled to attend. Rob Mathes will be the evening’s musical director.

The 2013 MusiCares Person of the Year gala, which will celebrate Springsteen’s exceptional artistic achievements and philanthropic work, will begin with a cocktail reception and silent auction, sponsored by Starkey Hearing Foundation, that will offer an exclusive and unparalleled selection of luxury items, VIP experiences and one-of-a-kind celebrity memorabilia for bidding guests. The auction will be followed by a gala dinner sponsored by AEG, and a star-studded tribute concert sponsored by Acura/ELS Studio. Acura RLX is the MusiCares “Vehicle of the Year.”

GRAMMY Week culminates with Music’s Biggest Night, the 55th Annual GRAMMY Awards, which will take place live on Sunday, Feb. 10, 2013, at Staples Center in Los Angeles and will be broadcast live on the CBS Television Network from 8–11:30 p.m. ET/PT.