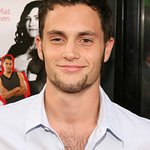 The American Red Cross has announced eight new members to its National Celebrity Cabinet, a group of celebrity supporters who promote Red Cross services by donating their time, helping neighbors prepare for emergencies, responding to disasters and lending a helping hand to those in need – down the street, across the country and around the world.

“The American Red Cross runs on the valuable service of volunteers to fulfill our mission, and we are grateful that these celebrities are setting an example by volunteering their time and talents to help raise awareness of our work in responding to disasters, providing blood, helping military members and their families and promoting preparedness through first aid or CPR classes,” states Gail McGovern, President and CEO of American Red Cross.

Each of the new members has already made personal contributions and has participated in supporting the Red Cross mission. Wynonna Judd has hosted numerous Red Cross blood drives over the years. Spade, Milano and Badgley participated in the telethons for Haiti Relief and promoted the Red Cross through social media such as Twitter. LL Cool J recorded a television public service advertisement (PSA) for the Red Cross in response to the earthquake in Haiti as part of CBS Cares. McEntire has generously recorded radio PSAs on tornado and hurricane preparedness. Duhamel recorded video messages following devastating floods in his home state in North Dakota and participated in a Youth Run 4 Haiti with the American Red Cross of Santa Monica, and Blondet appeared on Univision’s telethon which raised nearly $5 million for Red Cross relief efforts in Haiti.

The announcement of the new members of the Celebrity Cabinet comes during Red Cross Month, which has been recognized through a presidential proclamation by President Barack Obama. During Red Cross Month, the Red Cross is recognizing the valuable supporters whose generosity makes the organization’s work possible, and encouraging people to become involved by donating blood, signing up for a CPR or first aid course, giving a financial gift that can really save the day or getting involved as a volunteer.

“As a long time supporter of The American Red Cross, I applaud their unyielding commitment to the human spirit during domestic and international crises and I am honored to serve as a Celebrity Cabinet member,” said Wynonna Judd.

“Whenever a natural disaster occurs, it is always the Red Cross that responds quickly and compassionately. I am honored to lend my voice to their cause, and thrilled to serve on the Celebrity Cabinet for 2010,” said Reba McEntire.

The work of the American Red Cross with public figures and celebrities dates back to World War I. Over the years, actors, artists, and sports figures who have committed their time and talents to the organization have played an important role in raising public awareness of Red Cross services.

Sherry Lansing, former chairman and CEO, Motion Picture Group, Paramount Pictures and former member of the Red Cross Board of Governors, serves as the Chair of the National Celebrity Cabinet.