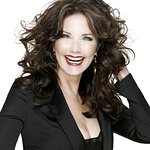 Lynda Carter, best known for winning our hearts as Wonder Woman, is an accomplished singer who has performed to rave reviews before sell-out crowds around the world. In addition to her long acting career, Lynda has the distinction of producing and starring in five highly rated network television specials, many of which were Emmy nominated. She has appeared onstage with many of the world’s most popular singers, including Ray Charles, Tom Jones, Kenny Rogers, Bob Hope, George Benson, and Ben Vereen.

Lynda made her professional singing debut at age 14 in Tempe, Arizona. In 1972 she won the Miss World-U.S.A. title and shortly thereafter outdistanced hundreds of other actresses for the part of Wonder Woman, a character she infused with such depth and humor that it has become one of the most indelible characters in television history.

Her fame led to her becoming the “face” of Maybelline Cosmetics, and she remained Maybelline’s top model for over a decade. But her roots remained with her music.

“Singing is in my soul,” says Lynda. “I was on the road performing in my teens and traveled from the Catskills to Las Vegas, and from San Francisco to the saloons in Texas.”

An engaging storyteller, she takes her audience on a journey where her life story and her music intertwine. Though Lynda continued to act in films and television, when she had children she left the road to raise her young family. She returned to live performing in 2006, appearing on the London stage with an acclaimed star turn in Chicago.

Last year she appeared as a special guest star on the hit TV series “Two and a Half Men”. Lynda resides in Potomac, Maryland, with her husband Robert A. Altman, and is a staunch and outspoken supporter of many charities, including Father Martin’s Ashley Treatment Center and God’s Love We Deliver, along with numerous human rights and equality organizations.

Lynda Carter has supported the following charities listed on this site:

Google trends for "Lynda Carter"
Available to Insiders only
Get Insider Access to these insights & more...

You can contact Lynda Carter using details from this service. (Or read our advice on how to contact celebrities) 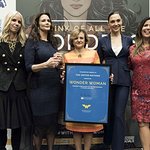 Wonder Woman, the iconic superhero, has been named an Honorary Ambassador for the Empowerment of Women and Girls by the United Nations and will be tasked with raising awareness about Goal 5 of the UN Sustainable Development Goals, which seeks to achieve gender equality and empower all women and girls by 2030. More → 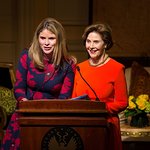 The Barbara Bush Foundation for Family Literacy hosted a National Celebration of Reading at the Library of Congress last week. More →

We don't have any videos related to Lynda Carter.