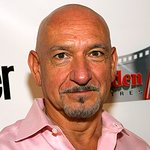 As well as a private art experience and gala dinner, several stars will be honored with 21st Century Leaders Awards at this massive charity event.

The Doha 21st Century Leaders’ Awards are granted to individuals who, whilst being leaders in their own fields, have also made a serious commitment and significant impact on their chosen cause.

The award is given to individuals who have used their influence to raise awareness, their celebrated status to raise funds, and the respect and notoriety which they have gained from successes in their chosen profession, to make positive policy changes to progress either environmental or humanitarian concerns.

An active supporter and patron of charities such as the Prince's Trust, Teenage Cancer Trust and First Star, English actor Sir Ben Kingsley CBE is very much devoted to helping disadvantaged young people and children. In 2008, Kingsley was awarded the “Cinema for Peace Honorary Award”, for the portrayal of the humanitarian role-models Simon Wiesenthal, Itzhak Stern and Gandhi.

In April 2009, following the success of Slumdog Millionaire, filmmakers Danny Boyle and Christian Colson announced a commitment of £500,000 to Plan, an international children’s development organization. The money will be spent on a five-year program focusing on education and sanitation, designed to improve the lives of children in Mumbai’s slum communities. In consultation with Plan, the filmmakers have also founded the Jai Ho Trust, an independent trust which aims to ensure that Rubina Ali (who played the youngest Latika in the film) and Azharuddin Mohammed Ismail (youngest Salim) receive an education, housing and social support. The trust will also hold a sum of money for the two children until they reach adulthood.

American actor and film producer Josh Hartnett supports a number of worthy causes and has backed Global Cool, a charity focused on climate change since its inception. Launching with a reception at No.10 Downing Street in London in 2007, Josh Hartnett met with former Prime Minister Tony Blair on behalf of the group and has since taken the message of greenhouse gas reduction far and wide, to let people know that they really can make a difference to the environmental health of our planet.

Professional women’s tennis players whom have won a combined 12 Grand Slam titles. The Williams sisters have demonstrated an immense amount of charitable work off the court. The “Williams Sister’s Tour” set out to raise money for the Ronald McDonald House Charities which provides housing for families of seriously ill children. In addition, Serena started The Serena Williams Foundation which focuses on education, and helping underprivileged children in Africa who cannot afford to go to school or college to do so.

WhateverItTakes.org is a unique charity artwork project which inspires hope by gathering artworks from leaders in all fields; royalty, film, music, Nobel Peace Prize laureates, sports, literature etc. The artworks are used to ethically produce Whatever It Takes products which are then sold to raise funds for charitable causes chosen by each contributing leader. 21st Century Leaders Foundation’s mission is to assist and encourage a generation of influencers – royalty, Nobel peace prize laureates and well-known leaders in the fields of film, music, fashion, art and literature – to raise awareness and funds for international development causes, thereby leading the way in promoting positive environmental sustainable development. 21st Century Leaders was founded in May 2003 when Charlotte di Vita was made a Goodwill Ambassador to the Nelson Mandela Children's Fund. 21st Century Leaders was also the 10th Anniversary celebration of Trade plus Aid, the foundation for which Charlotte had received an MBE from Her Majesty Queen Elizabeth II.

To find out more about this event – to be held at the Grand Hyatt Hotel in Doha on October 30/31 – click here.