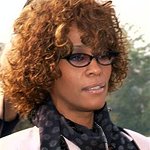 Whitney Houston shot to fame in the 1980s when she became one of the first African-American female artists to receive regular rotation on MTV – a feat that successfully opened doors for other women to find success in music and movies. Best known for her work with Kevin Costner in “The Bodyguard”, Houston has led a life of service to others when not on screen or behind a microphone.

The 44-year-old first showed her socially-conscious side when still a model, before her fame rocketed her to stardom. Back then she refused to work for agencies that did business with South Africa, due to the country’s regime of apartheid. It was an issue that she later brought to the attention of the world when she performed at Nelson Mandela's 70th Birthday Concert in London, an event that brought pressure on the Government to ease its restrictions and eventually release the future president of South Africa.

Following the concert, Houston formed the Whitney Houston Foundation for Children, an organization that cared for the homeless and children with cancer and AIDS. It eventually brought the singer one of her many awards for her humanitarian work, as did her involvement with the United Negro College Fund.

Houston is also the only artist to turn the national anthem into a chart hit when her rendition of The Star Spangled Banner reached the Top 100 in 1991. She donated her royalties to the Red Cross.

In 1997, the HBO Concert “Classic Whitney live from Washington DC” raised over $300000 for the Children's Defense Fund.

In 2011, she partnered with her sister-in-law in launching a line of scented candles to benefit charity.

For a comprehensive list of Whitney’s charity work, visit Whitney-Fan.com.

Whitney Houston passed away in February, 2012.

Whitney Houston has passed away, but we remember her charity work.

Whitney Houston has supported the following charities listed on this site:

Google trends for "Whitney Houston"
Available to Insiders only
Get Insider Access to these insights & more...

Event chair and host Barbara Davis announced today that Academy award-winning actor, producer and director Robert De Niro will be honored with the “Brass Ring Award” at The 2018 Carousel of Hope Ball on Saturday, October 6. More →

A collection of classic hits from the 1980s has been rejuvenated with re-imagined and updated versions by contemporary artists in The Time Is Now, a compilation album created specifically to benefit amfAR. More →

Sidney Poitier To Be Honored At Carousel Of Hope Ball May 12, 2016

Event chair and host Barbara Davis has announced that Sir Sidney Poitier will be honored with the “Inspirational Lifetime Achievement Award” at the 2016 Carousel of Hope Ball on Saturday, October 8. More →
More news about Whitney Houston →

We don't have any videos related to Whitney Houston.