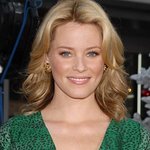 “Plain and simple, cancer takes too much from us,” said Laura Ziskin, SU2C co-founder and executive producer of the September 10th broadcast, who is a cancer survivor. "Loved ones lost to it, pain and suffering endured by those in treatment, even the recent report that cancer has the most devastating economic impact of any cause of death…this disease exacts a very high price. We want people all over the country to rise up and say, ‘ENOUGH!’
“Tune in on Sept. 10th to see your favorite stars, who’ll ask, ‘Will you stand up with us?’ Person by person, saying ‘yes’ moves us toward a goal completely within our grasp: a world without cancer. A donation of any size brings scientists one step closer to a cure.”

Cat Deeley of FOX’s So You Think You Can Dance will host the pre-show promotion to kick off the evening as the celebrity phone bank opens at 7:30 PM EST / 4:30 PM PST.

A 30-minute online “after hours” extended play featuring jams with musical guests Fitz and the Tantrums, Orianthi, Natasha Bedingfield and Heart will conclude the night’s events.