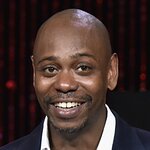 Rush Philanthropic Arts Foundation is proud to celebrate its 20th Anniversary at the 2015 ART FOR LIFE Benefit on July 18th at Fairview Farms in Bridgehampton, NY.

This year’s gala will honor Dave Chappelle, Michaela and Simon de Pury, Ava DuVernay, and featured artist Wangechi Mutu for their support of the arts, career achievements, and overall commitment to our communities.

Rush was founded in 1995 by three brothers: Danny Simmons, visual artist and community builder; media mogul Russell Simmons; and Joseph Simmons of the legendary hip-hop group Run-DMC. Their goal was to fill the gap that the disenfranchised and people of color faced in both accessing the arts and exhibition opportunities.

This year’s private event will be hosted by longtime Rush friend and supporter, Soledad O'Brien, and include a special performance by Bell Biv Devoe, and music by DJ M.O.S. The evening will also include a special presentation to the recipients of the 2015 Kimora Lee Simmons Scholarship, graduates of the Rush Teens program. Star Jones, and Loren and JR Ridinger will serve as Honorary Chairs. Artfully crafted concoctions created by Art For Life Gold Sponsor BOMBAY SAPPHIRE gin in honor of the 20th Anniversary will be served throughout the evening. This year’s benefit is also supported by Silver Sponsor Merrill Lynch.

This year’s Art For Life will feature a coinciding Art For Life online auction via Charitybuzz launching on July 9th, to support and bid please visit charitybuzz.com/artforlife. In addition there will a preview of the Art For Life Art Auction, set for December 2nd during Art Week Miami, on display at the benefit including works by 2015 Featured Artist Wangechi Mutu, 2009 AFL Featured Artist Shepard Fairey, 2006 Featured Artist Kehinde Wiley and many more!

Proceeds from ART FOR LIFE benefit the Foundation’s signature arts education and gallery programs, which over the past 20 years have directly served over tens of thousands of inner-city youth.

For additional information or to purchase tickets for 2015 ART FOR LIFE, visit www.rushphilanthropic.org/artforlife.