Get Your Hands On Cool Stuff With C​haritybuzz Curates: Music​ 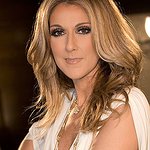 Charitybuzz.com is changing the tune of online fundraising with the opening of their latest auction, Charitybuzz Curates: Music.

On the heels of this year’s GRAMMY Awards, and as the spring and summer tours and festivals start to heat up, Charitybuzz is proud to announce their first-ever curated music auction.

Bidding is now open for the chance to meet Céline Dion at a July show in Paris, or to win some one-on-one time with Cher or George Strait in Vegas, Carrie Underwood at the Grand Ole Opry, Sting —and soundcheck with him—in Europe, or James Taylor at Wrigley Field. Meetings with top music executives such as C. Michael Brae and Ben Vaughn, and limited edition signed guitars by Les Paul, Bruce Springsteen, Paul Simon, Paul McCartney, BB King, Willie Nelson, the Red Hot Chili Peppers, Bob Weir, and more are also on the auction block. Even the chance to be a roadie for a day for Bryan Adams' US Tour, have a private audition with Founder & CEO of Republic Records Monte Lipman in NYC, or join Journey's Jonathan Cain at the 2017 Rock & Roll Hall of Fame Inductions are up for bid.