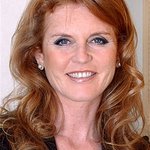 On September 15, 2009, amfAR – The American Foundation for AIDS Research – and Dignitas International will partner on the first-ever Cinema Against AIDS event during the Toronto International Film Festival.

The black-tie gala will take place at the acclaimed Carlu in Toronto, and will include cocktails, dinner prepared by renowned Canadian chef Jamie Kennedy, and a luxury live auction. amfAR and Dignitas will share all proceeds from the event, funding that will benefit crucial AIDS research initiatives and efforts to improve quality of life for those affected by HIV/AIDS. Over the years, amfAR has awarded 52 grants to HIV/AIDS organizations in Canada, totaling more than US$2.6 million, making Canada the recipient of more amfAR funding than any countries except the U.S. and Australia.

amfAR’s first Cinema Against AIDS benefit was held in Cannes during the 1993 Cannes International Film Festival and was hosted by Dame Elizabeth Taylor, amfAR’s Founding International Chairman. Since then, this annual black-tie gala has established itself as the most consistently exciting and well-publicized party held during the Cannes festival. In addition to Dame Elizabeth, who has hosted the benefit on seven occasions, amfAR Global Fundraising Chairman Sharon Stone has been a chair and auctioneer since 1995.

The film and entertainment communities have been committed and generous supporters of amfAR and the fight against AIDS since the start of the epidemic, and the Cinema Against AIDS galas have proven to be among the most high-profile and successful AIDS benefits worldwide. Since 1993, these signature amfAR events have played a pivotal role in focusing attention on the continued fight against AIDS, and have generated more than US$48 million in support of the foundation’s AIDS research programs.

Ticket info can be found here.